After the the “High Mountain Queen Stage”, the Dutch biker took also the sixth one in Castelnovo ne’ Monti, but Felix Fritzsch remained on his wheel and in the GC lead. Tomorrow, the Bismantova Rock will crown the king of Appenninica. Another victory for leader Naima Diesner among women

Following his feat in the “High Mountain Queen Stage”, Bart Classens delivered another success in Castelnovo ne’ Monti, on Friday, September 17th, 2021. The Dutchman won Appenninica MTB Stage Race’s 6th test, started from Cerreto Laghi, whose distance was shortened to 45 km and 1200 metres of elevation gain after yesterday’s downpours had affected the safety conditions on some trails. On the finish line of Piazza Peretti, Classens outsprinted GC leader Felix Fritzsch, ending his effort in 2:05:36.

Bart Classens got off to a strong start, trying to attack Fritzsch’s lead, but the German biker managed the situation, getting back on the Dutchman’s wheels halfway into the race. From there, the two continued together to the finish, where Classens won the duo’s sprint. The final outcome will be decided tomorrow, when Felix Fritzsch will have a 6:36 advantage to defend. Italy’s Elia Taverna was third both in the stage, with a 4:01 gap, and in general classification, over 30 minutes behind the German.

“I tried to pick up the pace in the early part of stage to try to put Felix (Fritzsch) into trouble, and I managed to drop him at first, but he made his way back. Tomorrow, I’ll also need some of luck, because Fritzsch has a solid lead to manage”, explained Bart Classens.

DIESNER SETTLING ON HER THRONE

Naima Diesner had already proved to be the strongest of the field in the previous stages, but she wanted to make her participation in the Appenninica MTB Stage Race even more successful, taking her third stage victory in 2:30:12. After thanking the O.C. on social networks for their handling  of the “High Mountain Queen Stage” tough weather conditions, the German biker dug a further gap in the general classification, which she leads with 52:16 on Virginia Cancellieri.

At the finish in Castelnovo ne’ Monti, Evelyn Sulzer took second place with a 9:37 gap, while the Italian biker of the Orbea Factory Team was 12:35 adrift, giving up any further hope for the overall glory. After the start, the three best riders rode together, until an attack by the duo Cancellieri-Sulzer, to which Diesner replied and further insisted with her pace, flying alone to the finish line.

“I started with the idea of managing my advantage. Virginia (Cancellieri) and Evelyn (Sulzer) tried to raise the pace and so did I. I’m happy to be here in Appenninica and I think that the situation in general classification is now quite secure, but I still have to be careful”, said Naima Diesner after the finish line.

THE 2021 EDITION TO BE DECIDED ON DANTE’S PURGATORY

After the efforts of an intense week, it will be the “Purgatory” stage to decide the final classification of Appenninica MTB Stage Race 2021, on Saturday, September 18th. In Castelnovo ne’ Monti, the anticipated final act will take place over 50 km and 1600 metres of elevation gain, which will crown the winner of the 2021 edition between Fritzsch and Classens.

On the 700th anniversary of the of poet Dante Alighieri’s death, the final judge of Appenninica will be the Bismantova Rock, which according to tradition inspired the Purgatory of the Divine Comedy. Leaving the town of Castelnovo, the route will continue for 13 km on the sinuous track until the steep climb to Monte Fasola. After a long downhill to the Secchia river, allowing for a short breather, the riders will climb again towards the Bismantova Rock, before heading back downtown to the finish line in Piazza Peretti. 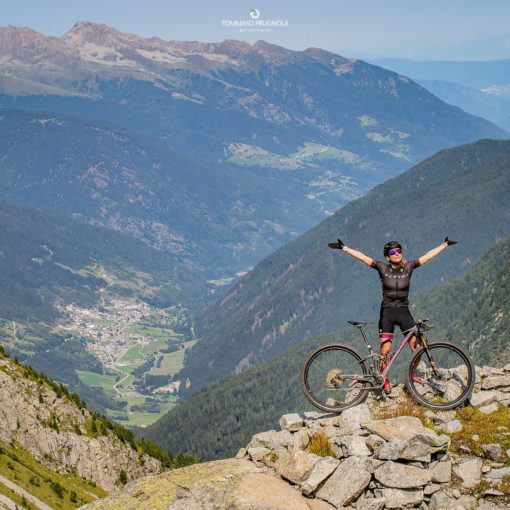 Lorenza Menapace and Danièle Troesch, two stage race veterans who never give up and who are used to battling until the last […] 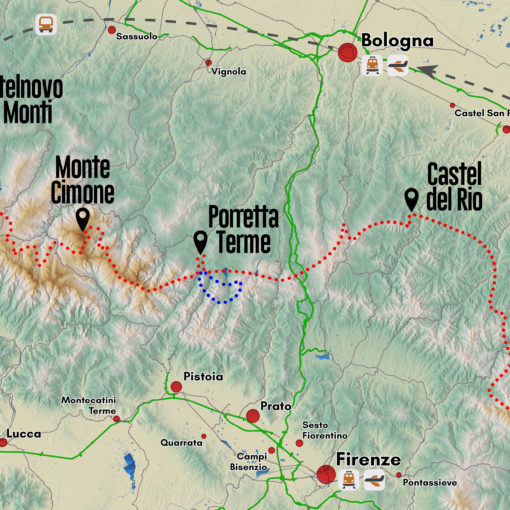 Starting on November 1st and for 48h only, all riders holding a Promo Code will be able to enter the first edition […]

Appenninica MTB Parmigiano Reggiano Stage Race 2020, which will take place between July 19th and 25th , has the goal to give […]