The racecourse rolls from Castelnovo ne’ Monti in the province of Reggio Emilia to the high mountains in the province of Modena and Bologna (Mount Cimone and Corno alle Scale) via ridge trails and forest roads right on the divide between Emilia and Tuscany.

The route follows, where possible, the MTB trail of the Alta Via dei Parchi straddling the watershed between the Adriatic and the Tyrrhenian seas.

It includes the provinces of Bologna, Modena, Reggio Emilia as well as National and Regional Parks along the Alta Via.

The 150 riders will cover about 450 km for a total elevation gain of approximately 16.000 m. Only after crossing the finish line of the last kilometer can the participants wear the coveted finisher medal.

The Race Villages are set up in small and medium-size villages scattered along the route throughout the Apennines.  They will be very near the trails or at short distance to better serve the race logistics. What’s more important is that they are authentic and charming towns that are eager to host us. One of the goals of Appenninica is to afford visibility for the territory as an outdoor destination.

Go to the racecourse news here. 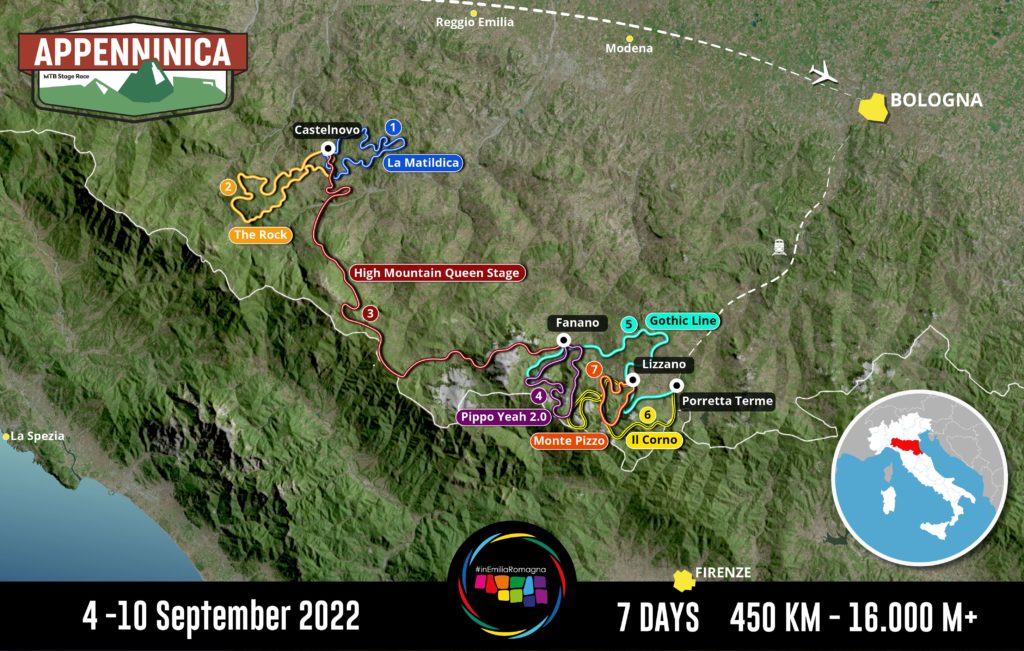 The following stage locations are confirmed: 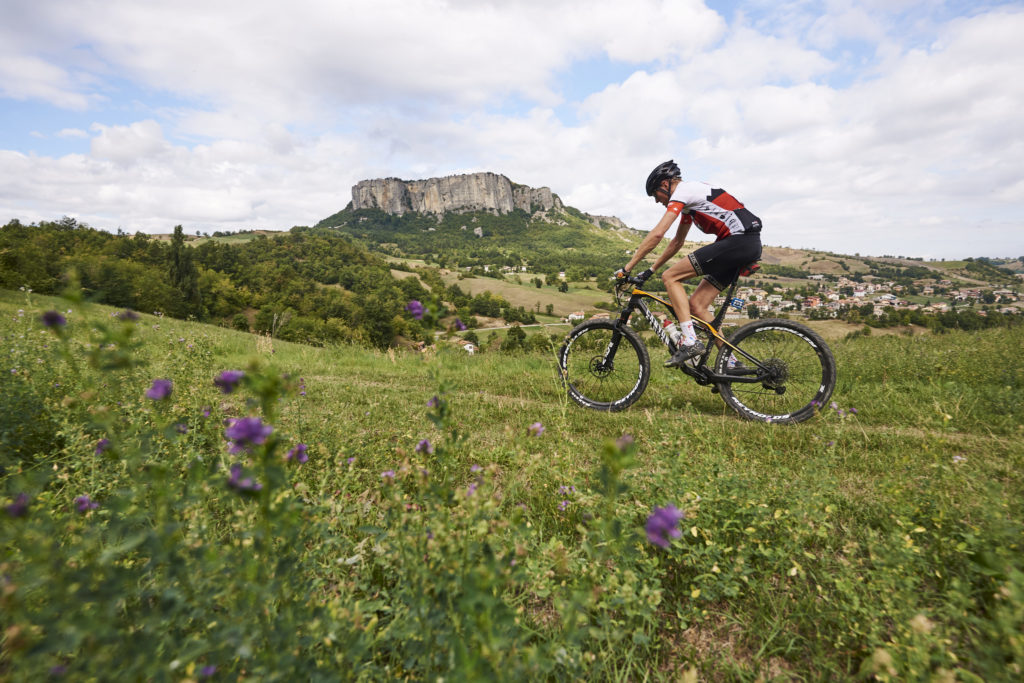 The terrain is very varied and, with the exception of the trails created in the area of the Cimone Bike Park and Monte Pizzo, is all-natural trails, forest roads, and for some short connective sections secondary paved roads.

Past riders have called it “real mountain biking” and you’ll have to find out for yourselves what they meant. A full suspension bike is best suited for this course.

As indicated by the elevation gain, the course has steep sections both uphill and downhill but almost all of them rideable by trained athletes with good skills. It will be a course on par with the most famous ultra-endurance races in the world such as Cape Epic and TransAlp.

From a naturalistic point of view, the route crosses parks and forests, faces some river crossings, and runs along alpine-like lakes. The ridge trails are surrounded by spectacular mountain views. Century-old beech and chestnut forests will enchant you. We are committed to creating an event respectful of the environment that hosts it.

The average altitude is between 800 and 1.400 m with peaks at 1.800 m. We start with two stages in the Appennino of Reggio Emilia with two loop stages that will present the first challenges – and stunning views – and a sample of what’s ahead.

The queen stage of  95 km is a true test of endurance and tactic and you will need to pace your effort well.  Stages four and six are at higher altitudes with parts on the legendary ridgeline trails on the Tyrrhenian-Adriatic watershed. Stage seven, in Lizzano in Belvedere, is designed around the MTB playground of Monte Pizzo.

The route is ancient and has seen the Middle Ages, welcomed pilgrims, and the Partisan Resistance has used it during World War II. Fairies and gnomes could be right around the next tree.

Basically, we planned a route that is a postcard for the European mountain range best suited to outdoor activities: the Apennines. We then added some special ingredients that you only find here: extraordinary cuisine and warmth of the people without forgetting the atmosphere of conviviality for which Emilia Romagna is known and proud. 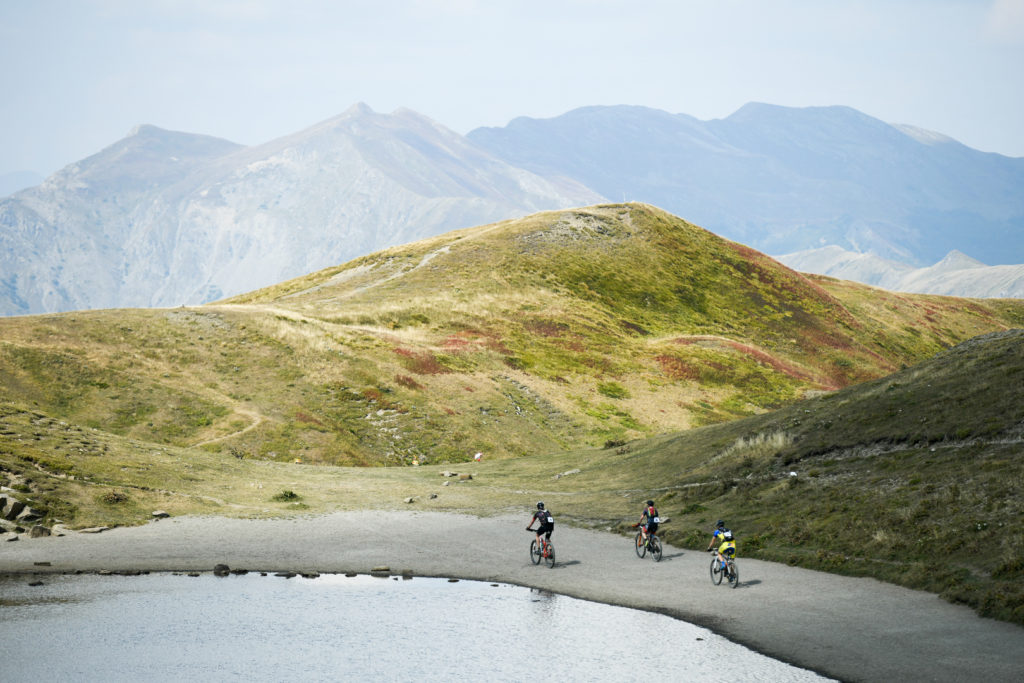 The Appenninica MTB Stage Race organizers are committed to preserving the ecosystem of the region, studying a series of solutions to mitigate as far as possible the impact of the race. A specific “Appenninica Low Impact” protocol has been drawn up, which includes concrete action before, during, and after the race. These actions include the specific decision to limit the number of participants to better protect the environment. In addition to referring to the existing rules of the trail and the code of behavior IMBA (International Mountain Bicycling Association), the organizers of the Appenninica work with the representatives of the Parks in order to experience the territory with the least possible impact.