Rain and heavy soil characterized the stage won by the GC leader, who raised his arms at the Giarola Court (Collecchio) and is now a few kilometers away from the overall victory. Joseph De Poortere was second and Lorenzo Samparisi third 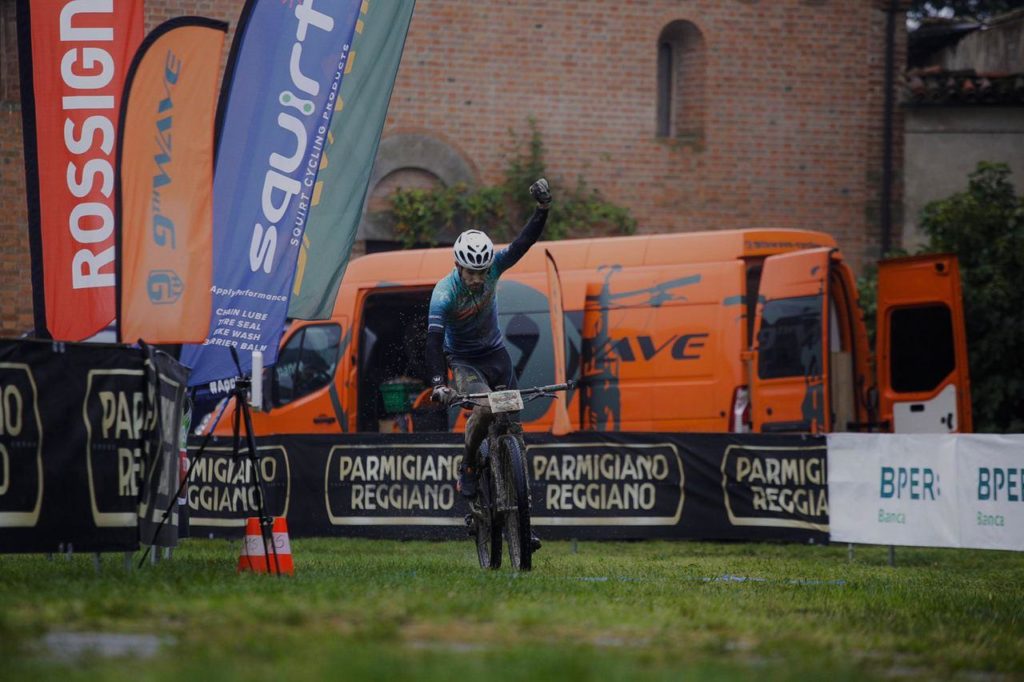 Faces twisted and covered in mud in the patio of the Giarola Court. The sixth stage of Appenninica MTB Parmigiano Reggiano Stage Race, held on Friday, October 2nd, showed looks of fatigue and emotion along the 93 km of race, from Castelnovo ne’ Monti to the Giarola Court in Collecchio. A cloudburst crashed on the race, especially in the second part, making the course treacherous and forcing athletes to deal with muddy terrain, deep and dense.

The weather conditions of the race might have changed, not so much the outcome: GC leader Hans Becking confirmed to be the strongest this week on the Emilian Apennines. French Joseph De Poortere (Velo Club Reanois) finished second, 5’55” far from the DMT Racing Team rider, while Lorenzo Samparisi (KTM Alchemist Dama) was third at 6’21”. European Champion Tiago Ferreira (DMT Racing Team) struggled in the mud and finished eighth at 19’20”.

Early on, the script seemed to be the same of the past days, with Becking and Ferreira pacing away, chased by the rest of the field. When the terrain got heavier, though, their action lost efficiency, and Samparisi, De Poortere, Rob Van der Werf (Twe Het Snelle Viat) and Federico Mandelli (Piraz Coaching) managed to closed the gap.

Just before entering the Taro River valley, a stretch of about 1500 meters with particularly dense mud put the riders into trouble: Becking displayed cyclo-cross skills to tame it and make the difference on his rivals, flying towards the third stage success. Behind, Ferreira was caught in struggles and lost touch with the rest. After the leader, the Giarola Court welcomed the mud masks of De Poortere, Samparisi, Van der Werf and Mandelli, with Ferreira slipped even further back to the eighth position.

“I had never raced under these conditions – Becking explained -. In some muddy stretches you just couldn’t go ahead, it was too deep and the wheels were stuck. In the end, it was fun. Unfortunately, Tiago instead got stuck and lost a lot of time”.

Samparisi, a cyclo-cross rider during the winter, has some regrets: “If I had fitted smaller tires, I could have gained a lot of time and move closer in the GC, instead I got stuck could not follow Becking. I also did a few kilometers with the bike on my shoulder, and at this point, if tomorrow we find similar conditions, the final stage might be more than a formality”.

Becking has further consolidated his lead and is now a few kilometers away from the final success: Ferreira is 23’58” far from his teammate and Samparisi 31’10”.

Esther Süss is one victory away from the full loot of stages in this edition of Appenninica. The former World Champion also won the sixth stage, in spite of the heavy terrain. Exhausted, the Swiss once again preceded Gaia Ravaioli and the former Olympic Regina Marunde.

“The mud made this stage very hard. I had never found so much in an MTB race – Esther admitted. – I had to stop more than once to try to unblock the wheels with some branches. Surely it was not my ideal soil, but at least I can say that I really saw everything and won on various terrain here at Appenninica”. 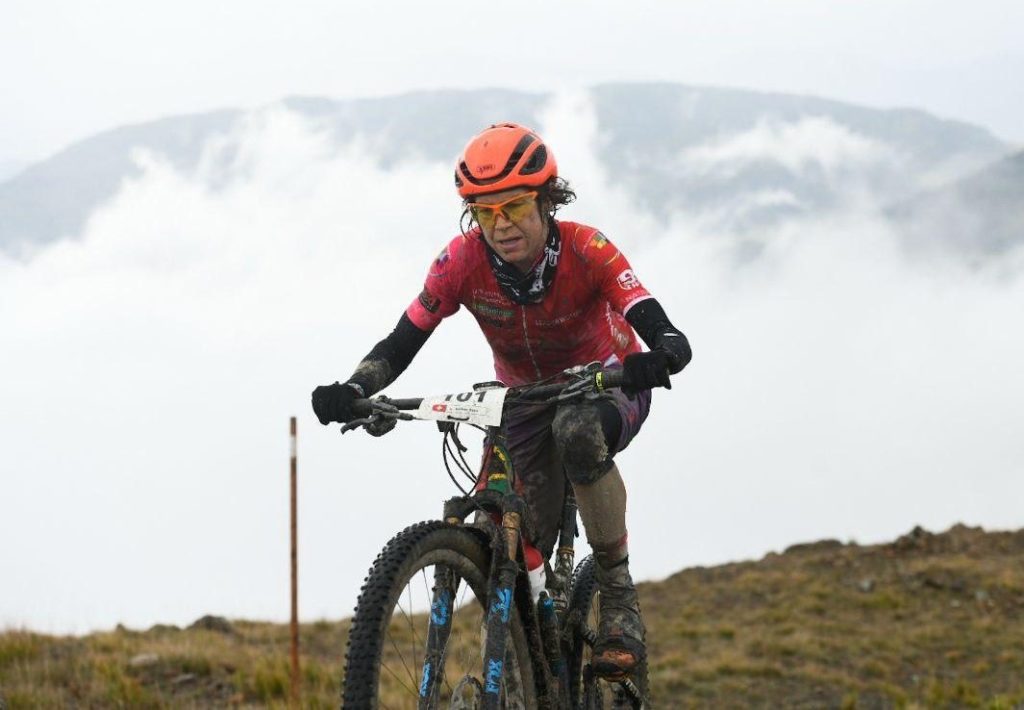 The final stage of Appenninica, on Saturday, October 3rd, is a short and fun ring course with Collecchio and the Giarola Court as both start and finish. The first ten kilometers are flat and fast on dirt road and then asphalt, skirting the Taro river before entering the Carrega Woods park. From there, the bikers will have plenty to enjoy over the following 20 km, characterized by fast and technical dirt trails with rapid changes of slopes and direction. The park’s beautiful forest will always be in the background, with passages inside the ancient villas courts where Marie Louise, the Duchess of Parma and wife of Napoleon, stayed.

After leaving the park, the remaining kilometers will be a long sprint on asphalt and bike paths until the well-deserved finish line, which will close Appenninica’s second edition.

Before that, the awarding ceremony will see the presence of Emilia-Romagna’s Mountain Assessor Barbara Lori, “Parchi del Ducato” President Agostino Maggiali, and the mayors of three host municipalities: Maristella Galli for Collecchio, Enrico Bini for Castelnovo ne’ Monti and Stefano Muzzarelli for Fanano. At the final dinner, the bikers will finally be free to taste the local delights with no more regrets. 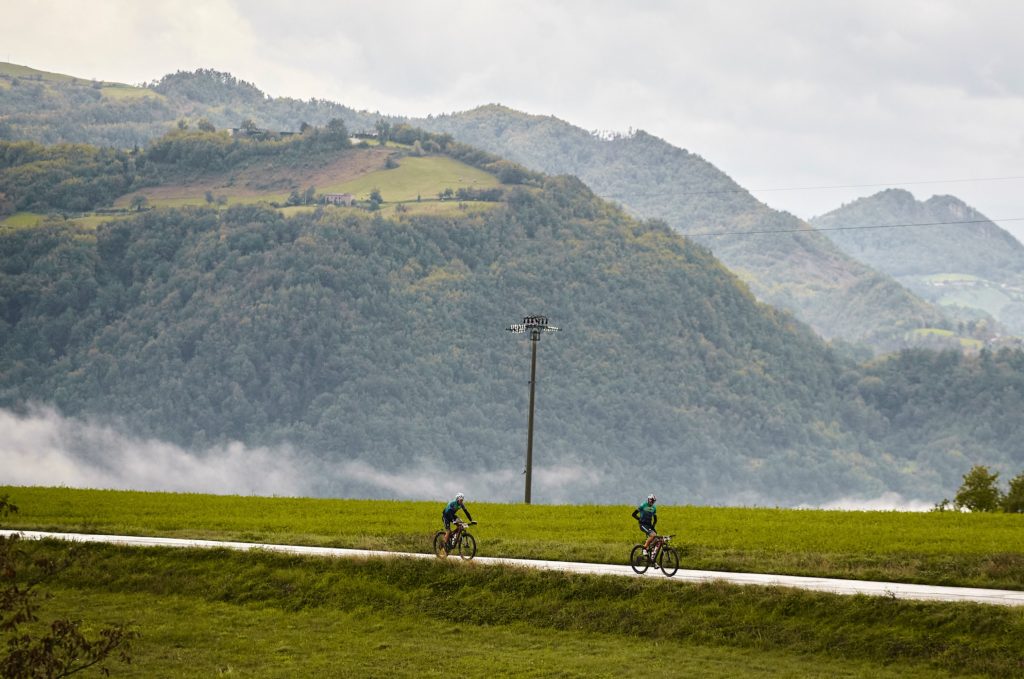 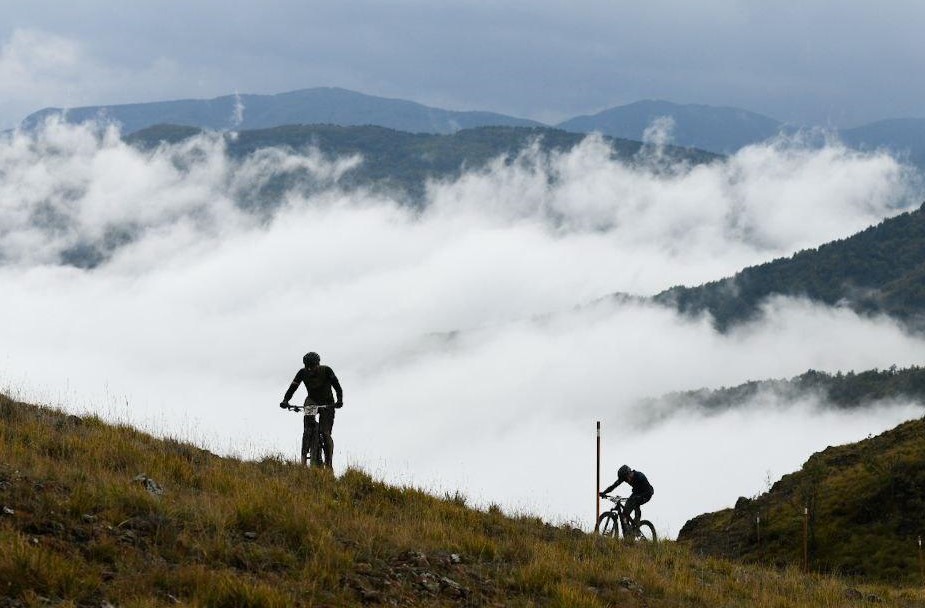 With today’s Press Conference announcing that the Prologue stage will take place in Bologna, the last piece of the jigsaw for the […] 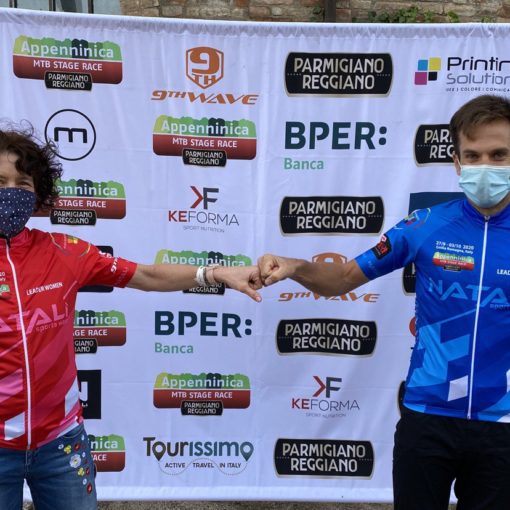 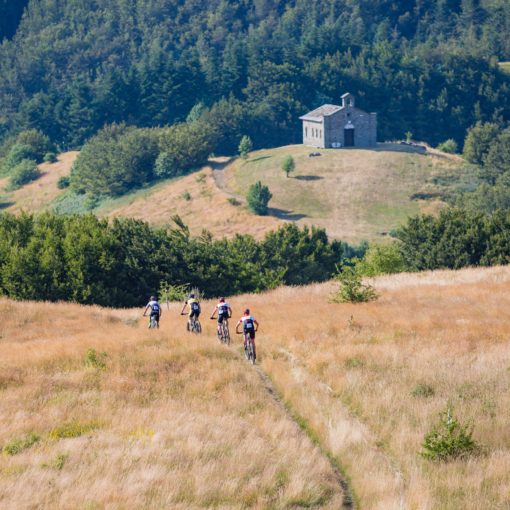 Pending the decisions of the Italian Government, the organizers continue to work for the 19-25 July fixture, while also weighing options for […]