Porretta Terme (Bologna) is a town of the municipality of Alto Reno Terme in the heart of the Tuscan-Emilian Apennines, in the valley of the Reno River. Renowned for its quality of life and favorable geographic location, Porretta Terme is a centre of attraction for thermal tourism and various health activities, enhanced over the years by an increasingly widespread culture of hospitality.

As a spa town, it would be a shame to visit Porretta Terme without indulging in the relaxation of its thermal baths, with their thousand-year-old tradition. Thanks to the richness of the mineral substances dissolved in their waters, the SPAs of Porretta are different from every other because they use the healthy properties of different sources. It is also possible to visit the Sorgenti Sotterranee (underground springs), discovering the secrets of the underground and the path of the thermal water.

Just outside the city centre, along the road leading to Ponte of Venturina and Pistoia, is the Sanctuary of the Madonna del Ponte, Patroness of Italian basketball. Accessible via the bridge of the same name over the Reno River, the sanctuary is run by the Parish of Santa Maria Maddalena.

Starting from the old town centre, on the other hand, it is possible to climb to the Monte della Croce, which overlooks Porretta Terme, along the CAI 101 A path. As you rise, you can admire the town from above and continue to the village of Madognana, a small, pretty hamlet with a belvedere overlooking the Reno valley.

The Parco Fluviale by the Reno river is the ideal place for walks immersed in the greenery of nature, with resting points ideal for a trip out of town. To remain in contact with nature, it is also possible to immerse oneself in the thick chestnut woods towards Granaglione, while the historical streets of the centre guarantee a relaxing stroll between an aperitif and an ice-cream.

The presence of large chestnut groves in the woods around Porretta Terme makes the chestnut the typical local product par excellence. After being harvested in October and November, the chestnuts are dried for about forty days in a chestnut husk over a low heat, using an ancient process. The dried skin is then separated from the pomace and finally, after being sorted, the chestnuts are ground on stone to obtain the tasty, sweet chestnut flour.

This product is also the protagonist of a new version of the Porretta pie, a recipe that has been favoring the ancient flavours of artisan baking since as far back as 1935. Much appreciated is also the crescentina of Lizzo, created in moulds called “testi” and heated, according to tradition, in the fireplaces of the houses of the past. The crescentina is made without yeast and its dough is raised over a low heat, remaining empty inside.

To accompany a good meal in Porretta Terme, you cannot miss a local craft beer, produced in the Beltaine brewery, which encapsulates the flavours and scents of the woods.

The Terme di Porretta SPA has a thousand-year-old tradition. Famous since time immemorial for the richness of the mineral substances dissolved in their waters, the history and development of this town is inextricably linked with its curative waters. The baths were already known and frequented in Roman times, as evidenced by some archaeological finds, in particular a mask with the face of a lion dating from the first century AD.

After the abandonment of these territories in the early Middle Ages, it was the Municipality of Bologna that led to the rediscovery of Porretta and its baths, which began to be frequented by the wealthy classes from the 12th century onwards. Among the illustrious visitors were Lorenzo Il Magnifico, Nicolò Macchiavelli, Andrea Mantegna and Gioacchino Rossini.

During the World War II, Porretta Terme was an area involved in the battles along the Gothic Line and several partisan troops were active in the surrounding mountains. The bitter fight with the Nazi-Fascist troops led to numerous massacres, known as the Alto Reno massacres, as well as damaging various infrastructures.

Post-war reconstruction was rapid, and Porretta Terme soon returned to being a renowned tourist centre. On 11th October 2015, the inhabitants of Porretta together with those of Granaglione voted in favour of the merger between the two entities, establishing the municipality of Alto Reno Terme.

Important figures are linked to Porretta Terme even though they were not born in the municipality of Alto Reno. The famous Bolognese movie director Pupi Avati has set several of his films in this area, including “Una gita scolastica” (A school trip) shot in Castelluccio, “Festa di Laurea” (Graduation party) and “Una sconfinata giovinezza” (A boundless youth).

An important Art Nouveau masterpiece has recently been discovered and is currently being restored: the Grottino Chini in Porretta. It is a work created by the painter and ceramist Galileo Chini at the beginning of the 20th century with wonderful majolica tiles that cover the SPA’s Sala Bibita.

Another name closely linked to the Alto Reno area and Porretta Terme is that of songwriter Francesco Guccini, who lives in Pavana in the neighbouring municipality of Sambuca Pistoiese.

Around Porretta Terme there are several MTB routes of varying difficulty and length, which can be viewed on a dedicated poster positioned outside the railway station and created by the Happy Trail MTB association.

The most interesting is the Monte Cavallo loop, a 43-kilometre route with a 1,500-metre difference in altitude through beech woods and the most beautiful forest roads of the Upper Reno. It starts from the centre of Porretta Terme up to the municipal swimming pool, from where the road climbs steeply towards Borgo di Madognana and then continues towards Borgo Capanne, Lustrola and Granaglione. It is at the height of this last hamlet that the real climb towards the Monte Cavallo refuge begins, along a road that is first tarmac and then forestry.

Having reached the highest point of the itinerary, we continue towards Tre Croci from where we can observe the expanse of Apennine woods and begin the descent to the Monte Pella junction. Descending on an easy single track we reach the Le Casette del Doccione hut and then take the road to the Sanctuary of the Madonna del Faggio, an evocative place in a beech wood of rare beauty. The route continues towards Castelluccio where we recommend entering the Parco Castello Manservisi before returning to Porretta Terme.

Scheduled for the second half of July (the 33rd edition takes place from 22th to 25th of July, 2021), the Porretta Soul Festival is an authentic full immersion in soul and rhythm&blues music. For over 30 years, the biggest names in soul have been coming to Porretta Terme, often for their first performance in Europe, to take part in an event that has become a cult for the town and province. Born from an initiative by Graziano Uliani, the Porretta Soul Festival has hosted true legends of international music.

Another important event that takes place in Porretta Terme is the Porretta Film Festival, a festival that takes place in early December and is dedicated each year to an international director. Founded in 2002 at the behest of the Municipal Administration of Porretta, it follows in the footsteps of the International Exhibition of Free Cinema held here from 1960 to 1985 from an idea of Cesare Zavattini. Over the years, important directors such as Giuseppe Tornatore, Ferzan Ozpetek and Ken Loach have been starring at the event. 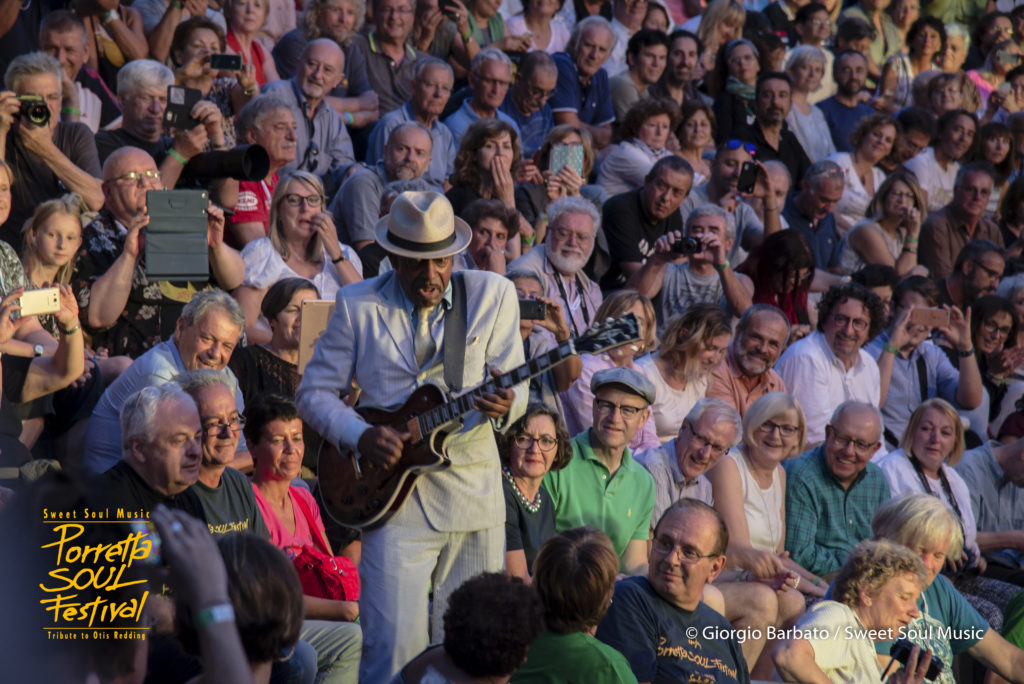 HOW TO GET THERE

Porretta Terme is 59 kilometres from Bologna and can be reached via the Porrettana provincial road SS64. For those arriving from northern Italy, exit the A1 motorway at Sasso Marconi and continue south for 42 km. The distance from Pistoia is 37 km and, in this case, too, the Porrettana SS64 provincial road is the connecting artery that can be accessed from the A11 motorway at the Pistoia exit.

For those coming from abroad, the nearest airports are Bologna-Guglielmo Marconi and Florence-Amerigo Vespucci. In both cases, in addition to the road links, there is the possibility of reaching Porretta Terme by train from Bologna Centrale in 1 hour and 10 minutes, or from Florence Santa Maria Novella in 2 hours and 30 minutes. It is also possible to reach Porretta Terme from Pistoia by the Transappennina railway in 50 minutes. 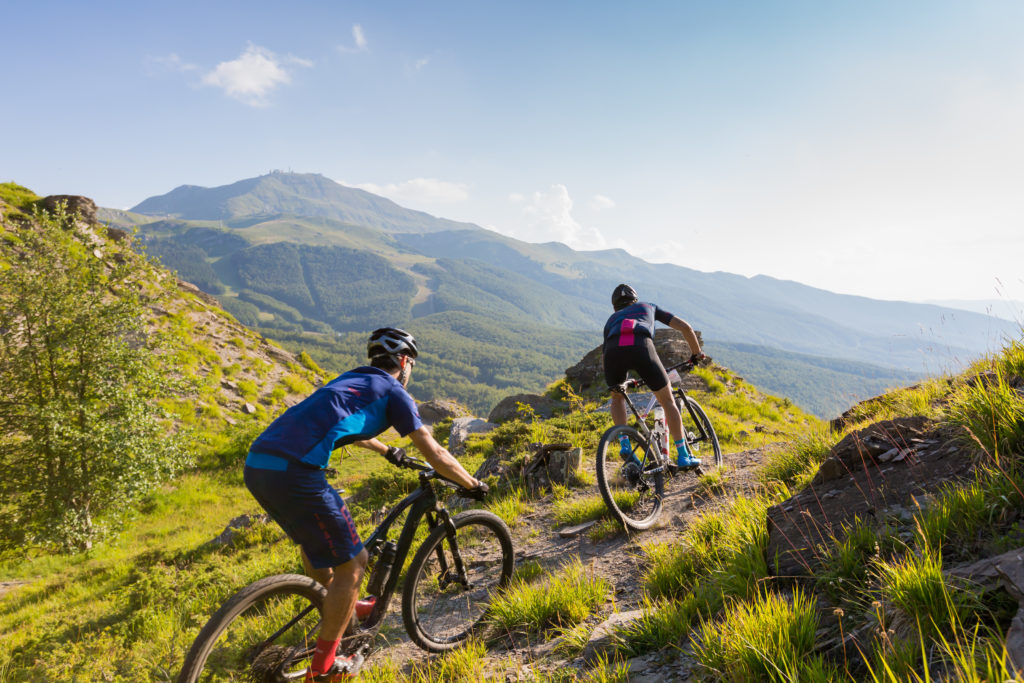 Porretta Terme has been hosting a stage in all three editions of the Appenninica MTB Stage Race.