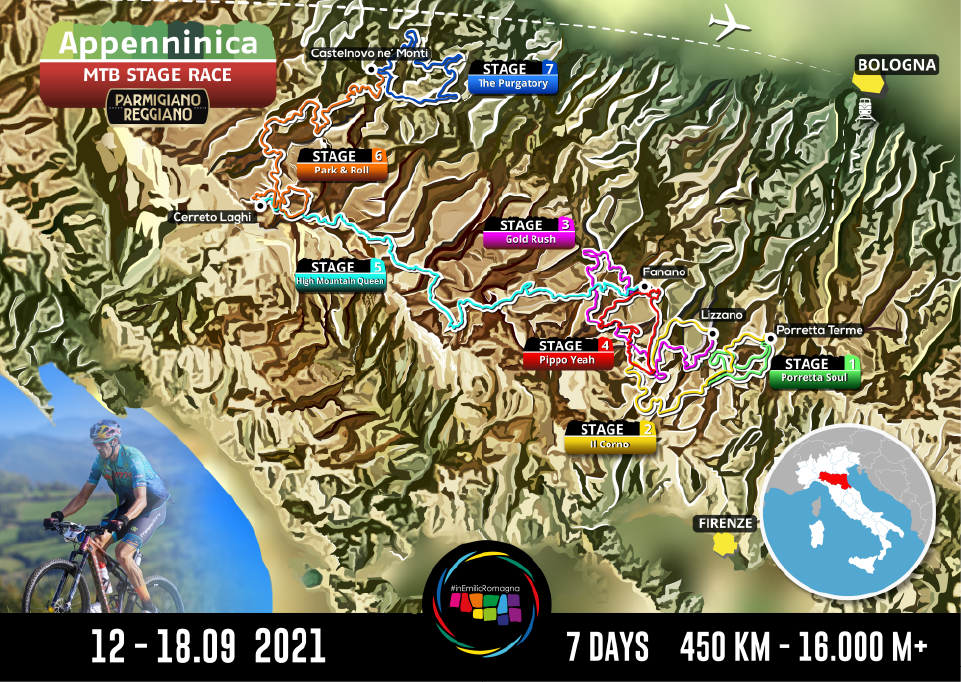 The Emilian Apennines might be covered in white these days, but it will not take too long before bikers from all over the World are back to test themselves over some of the most charming routes in Europe. After the successful 2020 edition, Appenninica MTB Stage Race‘s OC looks with confidence and enthusiasm to the 2021 edition, to take place in the final days of Summer, from September 12th to 18th, 2021.

A highly-demanding challenge over 450 kilometers and more than 16,000 meters in elevation gain will be tackled over seven stages, riding in the wild and unspoiled nature of the Emilian Natural Parks. With a unique landscape, the Apennine ridge will guarantee an immersion in the authentic Italian atmosphere and culture, enriched by the genuine hospitality of Emilia-Romagna.

On Sunday, September 12th, Porretta Terme will host the first stage once again: an individual time trial, and also a tribute to the Porretta Soul Festival, one of the most renowned music events in the area. Also starting from Porretta, the second stage will offer a first taste of the real Apennines, passing by the Lake Scaffaiolo and climbing to the Corno alle Scale. Briefly trespassing into Tuscany, the stage will finish in Lizzano in Belvedere, the hometown of the late renowned Italian journalist and writer Enzo Biagi (1920-2007).

On Tuesday, September 14th, Lizzano will give the start to a brand-new third stage, ending in Fanano. The first part of the route will ride along the Gothic Line – the battlefield of the partisan liberation battles during World War II -, while the finale will take place on fast and fun trails inside the Cimone Bike Park.

The “Pippo Yeah!” stage, charted by famous trail builder Pippo Marani, will return after last year’s success on Wednesday, September 15th, starting and finishing in Fanano. On Thursday, September 16th, the Queen Stage will also start from the mountain town in the Province of Modena: following the 2020 Queen Stage route in the first section, the stage climbs up to the highest point of the race located on the Monte Cimone (1855 mt), on the way to reach the finish in Cerreto Laghi.

On Friday, September 17th, an entertaining stage, running entirely inside the Tuscan-Emilian National Park – awarded with the MaB Unesco for its extraordinary biodiversity -, will take the riders to Castelnovo ne’ Monti, the last stage venue of Appenninica MTB Stage Race 2021. In fact, the race will be decided on Saturday, September 18th in the shadow of the iconic Bismantova Rock, the symbol of Appenninica. Named “Purgatory stage”, the last effort pays tribute to Italian poet Dante, and who – according to the legend – drew inspiration from the Bismantova Rock to create his purgatory, on the 700th anniversary of the Sommo Poeta’s passing. The loop course will pass through Fonti di Poiano, Gessi Triassici and the Grancontessa Matilde di Canossa’s territories.

“For the 2021 edition, we decided to stick with the same successful formula of last year, while seeking an even better balance between shorter, more technical stages and longer, faster ones. The evocative Appennine ridge will be a standout protagonist once again, and we will touch three ski resorts that are increasingly committed to mountain biking and summer tourism – something even more significant in times like these. We are happy to welcome the new stage locations of Lizzano in Belvedere and Cerreto Laghi, which will offer new beauties and scenarios to this great adventure” said the organizers Beppe Salerno and Milena Bettocchi.

As in 2020, the organizing committee chose to allow only individual participation without the pairs format. In the “Early Bird” phase, until January 31st, a maximum of 55 athletes can register at a reduced price. From this season the organizers also offer a payment plan in three installments. For further information: https://www.appenninica-mtb.com/en/register/

With Appenninica’s trails riding through regional and national parks, in order to avoid the course’s overcrowding and provide the best possible experience, the organizers opted to set a maximum number of 150 registered athletes. 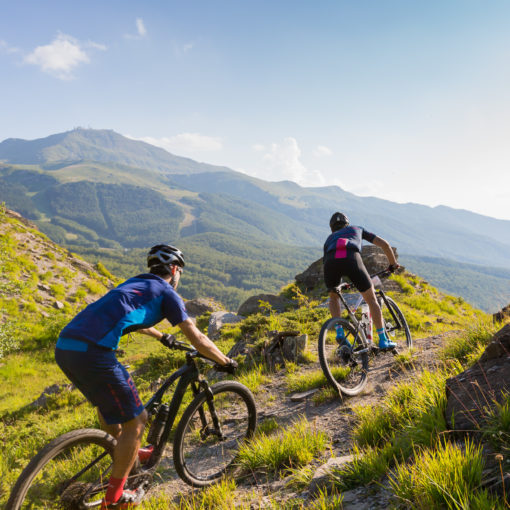 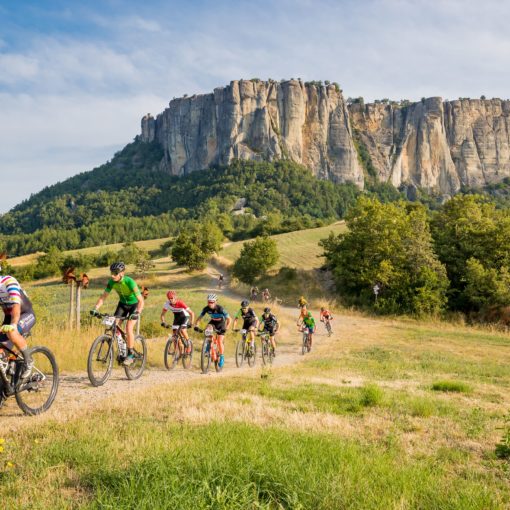 Noted the persistent uncertainty about the regular course of sports events, the MTB stage race’s organizers decided to postpone the MTB stage […] 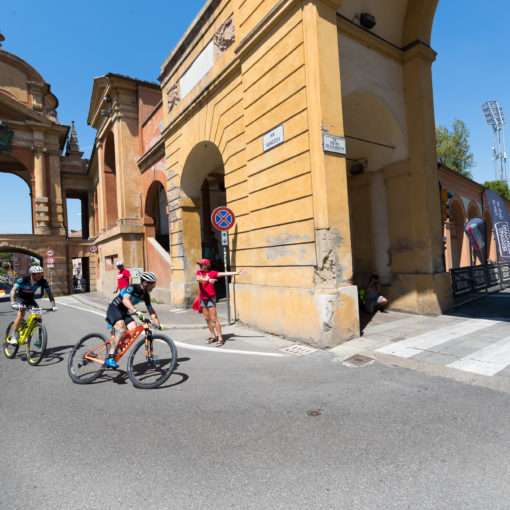 Monte Cimone will be crossed by the fourth stage of the 2021 Giro d’Italia, covering a section of the 2021 Appenninica course that will be proposed also in 2021. 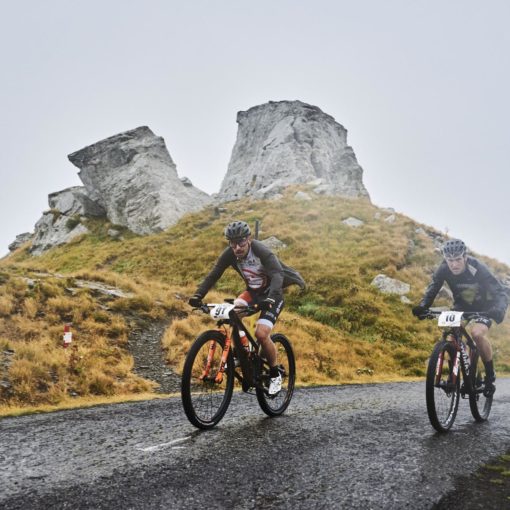 The unexpected change of weather conditions in the final part of the stage forced the organizers to neutralize the Queen Stage at km 84. The Dutchman won over Felix Frtizsch, the new overall leader after Ilias Periklis retired. Naima Diesner gets closer to the final victory